Subscribe
Share This
Steven M. Sipple: In pondering Frost's plight, your interest level in story may indicate plenty
0 Comments
Share this
GET EXCLUSIVE TEXTS!
Sign up for breaking news and analysis from our Huskers experts
1 of 2 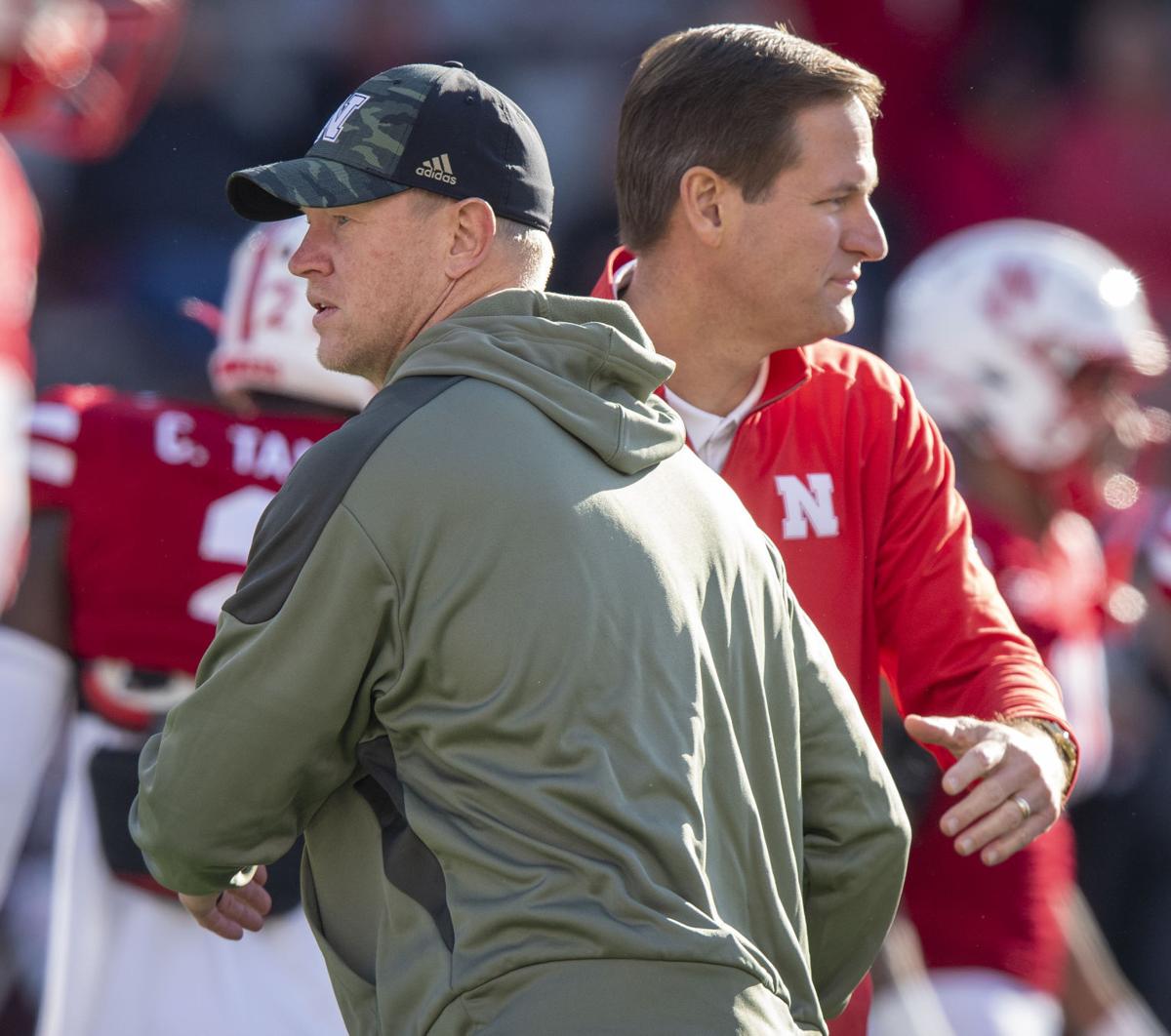 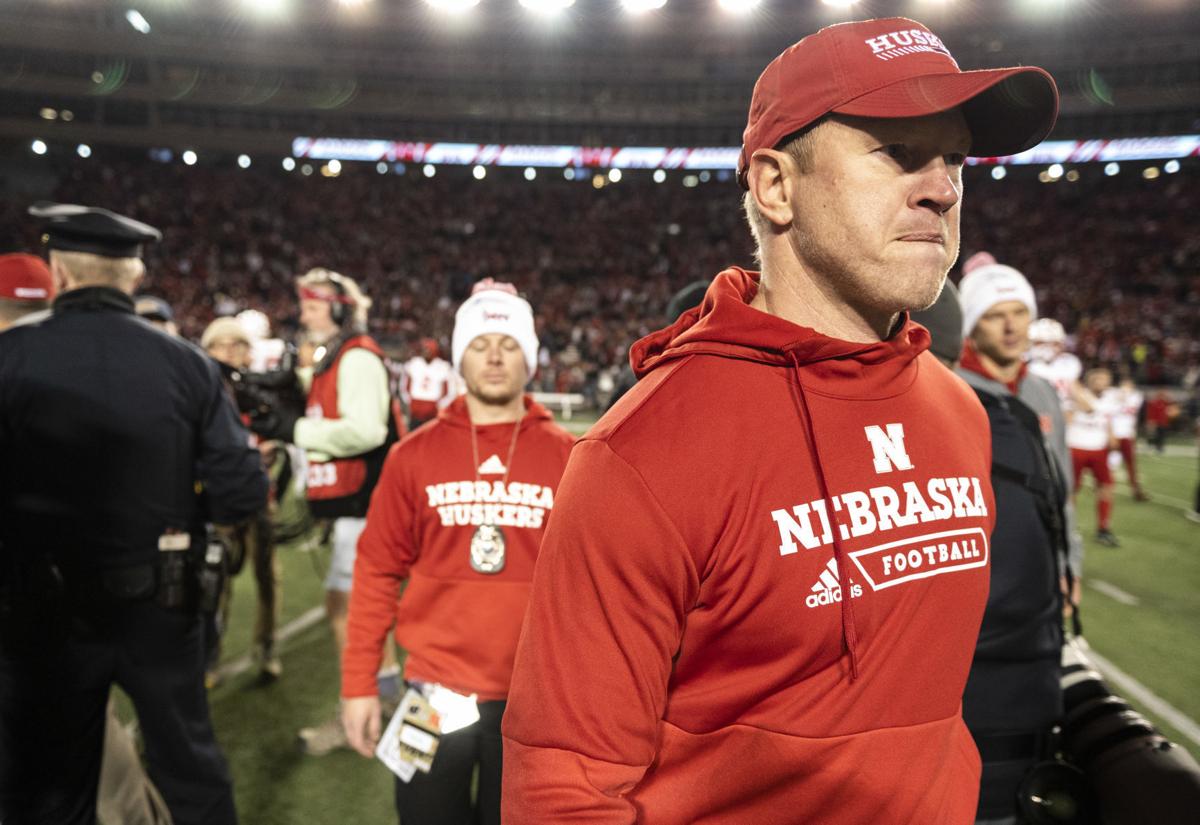 He did so as he reflected on four Husker offensive assistants recently losing their jobs.

"We haven't succeeded as players in getting the details right, and really the coaches had to pay for it," the junior from Aurora told reporters earlier this week.

Which brings to mind an ongoing debate in the Nebraska fan base: Does the inability of the current Husker program to get over the proverbial hump reflect a defect in Scott Frost's overall coaching acumen? Isn't it ultimately Frost and his staff's job to ensure the players "get the details right" on a consistent enough basis to be a regular factor in the Big Ten West Division?

The other side of the aisle in this debate suggests that Nebraska's string of close losses to highly ranked opponents shows that Frost's program is close to turning the corner.

The debate will continue throughout the offseason. One game certainly won't settle it. No matter the outcome of Nebraska's regular-season finale Friday against 16th-ranked Iowa, Husker fans will enthusiastically discuss the matter well after Frost ends his fourth season in charge.

Don't know about you, but I remain extremely interested to see whether Frost can pull off this Big Red reclamation project. In 2018, he set about the task of rebuilding the program into something that closely resembles past glory. It would be unfair at this point to say he's failed. It also would be unfair if we didn't point out his record of 15-28 at the school, including 10-24 in the Big Ten.

This is where I should express a bit of thanks. I've been covering Nebraska football on a full-time basis since 1995, and I can tell you I'm as interested in the proceedings as I've ever been, and perhaps even more so. My high level of interest can be traced in part to a scary aspect of the ongoing story — that is, the possibility that Nebraska, which hasn't won a conference championship since 1999, continues to fade into oblivion.

Football, dads, loss and Erik Chinander's place at the small-town heart of the Nebraska vs. Iowa rivalry

I'm sure many Minnesota Gophers fans thought the good times would last forever after the program won its last national championship in 1960.

Because of Nebraska's consistent excellence from the late 1960s through the early 2000s, many Husker fans came to regard nine-win seasons as a birthright. That line of thinking always made me feel uncomfortable because, in a sense, it diminished the accomplishment of all those successful teams. Plus, it's just flat-out arrogant to think that way.

A couple of years ago, I heard a local radio personality say, "A coach should be able to roll out of bed and win nine games at Nebraska," and I nearly lost my mind.

Nebraska fans surely understand at this point that nine-win seasons don't just happen with a snap of the fingers.

Roll out of bed and win nine games? I almost threw up in my mouth.

Verbalizing such a notion disrespects the work of Bob Devaney and Tom Osborne, giants in the coaching world who through incredibly hard work, well-developed coaching acumen and remarkable guile somehow made Nebraska into a consistent power, the sort of program we now see at Alabama, Clemson and Ohio State.

Frankly, verbalizing such a flawed notion also disrespects the work of Frank Solich (58-19 at Nebraska) and Bo Pelini (67-27).

The fact I'm so interested and invested in the ongoing story essentially tells me that I still give Frost a chance to pull the plane out of the tailspin, all the while considering the possibility that he might ultimately fail. And then what? That's a daunting question for another day.

For now, we focus on this week's game against Iowa (9-2, 6-2). It's another chance to gauge progress in Frost's program in a meaningful way.

I've said for years that the best way to judge a program is to watch games closely. I mean, watch everything. The action. The sideline. Coach-player interactions. Body language. Reaction to pressure situations. Reaction to wins. Reaction to losses. The postgame press conference. Fan vibe. All of it.

There's currently widespread and genuine belief within the program that Frost indeed has the ship pointed in the right direction. That's my read, anyway.

"We all truly believe that we're going to come out and end the season on a good note and send this team off in a good direction heading into next season," Nebraska senior receiver Levi Falck said.

Some fans will nod in agreement. Others will snicker.

Photos and video: The sights, sounds from Camp Randall Stadium, where the Huskers take on Wisconsin

The big news, of course, is that Adrian Martinez will miss Friday's game. Here are replays from the weekly Monday news conference.