Subscribe
Share This
Steven M. Sipple: Go ahead and disrespect Martinez, he's classier than us — classier than most
0 Comments
Share this
GET EXCLUSIVE TEXTS!
Sign up for breaking news and analysis from our Huskers experts
1 of 2 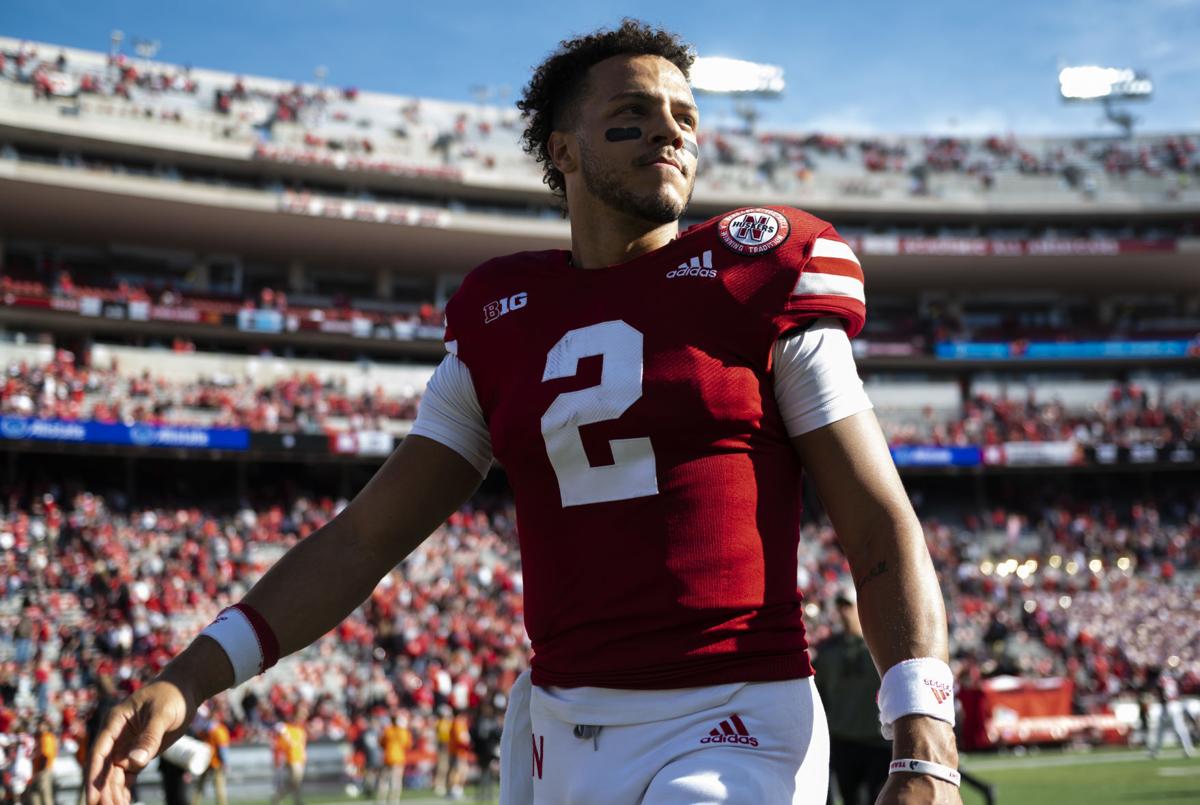 Nebraska quarterback Adrian Martinez walks off the field after the Huskers' 26-17 loss to Ohio State Nov. 6 at Memorial Stadium. 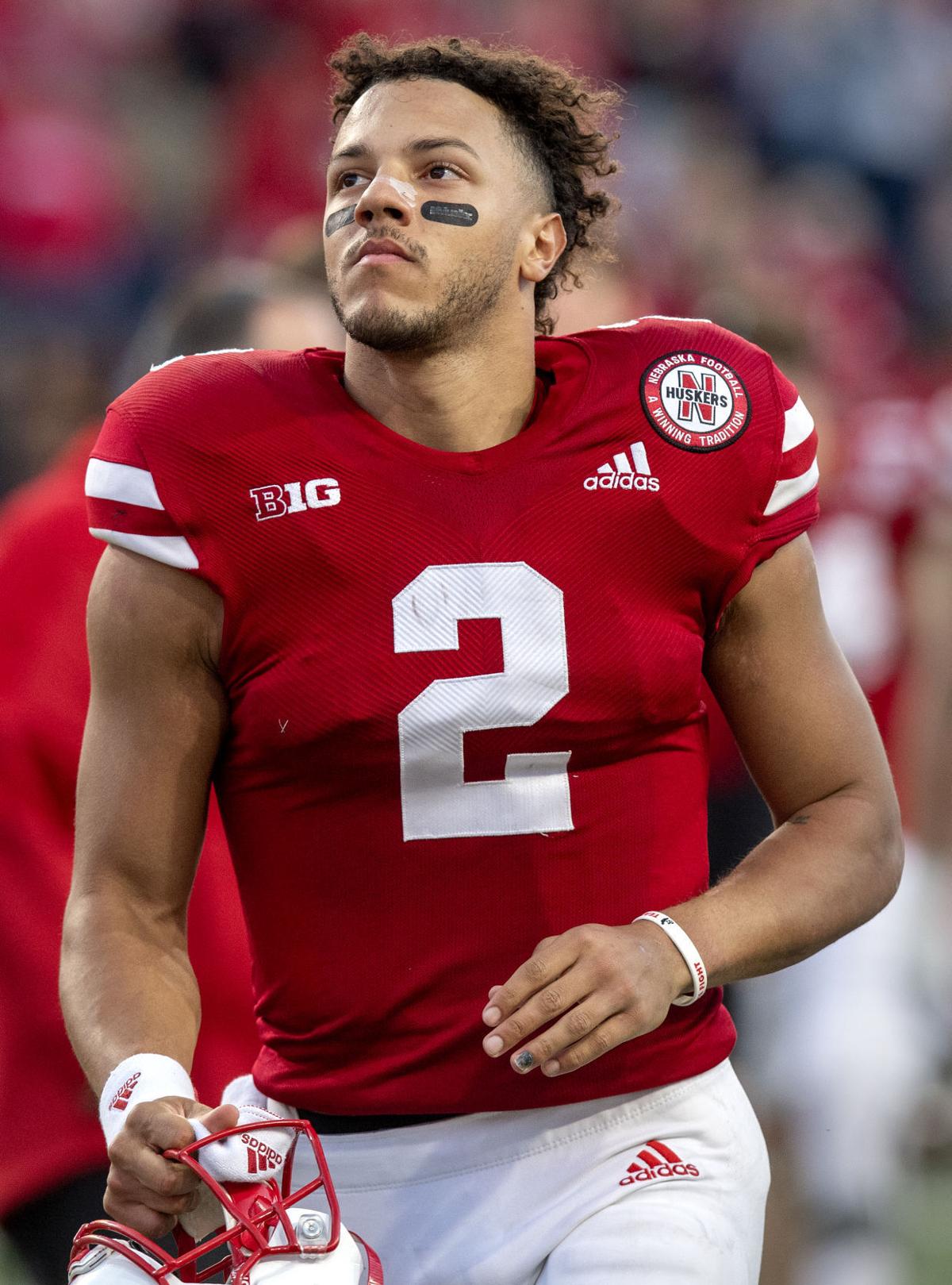 Nebraska quarterback Adrian Martinez runs off the field after Purdue defeated the Huskers 28-23 on Oct. 30 at Memorial Stadium.

If you're a Nebraska football fan, you might catch yourself speaking flippantly about Adrian Martinez's time at Nebraska perhaps nearing an end.

You might even catch yourself disrespecting Martinez on occasion, or even regularly.

If I catch myself disrespecting Martinez, I quickly remind myself of a simple truth.

Game On: Storylines, matchups to watch (and a prediction) for Huskers vs. Badgers

He's handled his immensely challenging four seasons at Nebraska with incredible poise and grace. He shows respect for everyone around him, even those who enthusiastically point out his every mistake without regard for the undeniable fact he plays behind a consistently leaky offensive line while being asked to carry a remarkably heavy load.

He often tries to complete passes while evading defenders as if he were dodging cars in Omaha rush-hour traffic.

The 6-foot-2, 212-pound Californian is the only three-time captain in school history. He's the unequivocal leader of the team, not just the offense. We received a glimpse of why that's the case earlier this week when he was asked about the possibility of returning to Nebraska in 2022 for a fifth season. The COVID-19 eligibility freeze makes it a possibility.

He politely told reporters that now isn't the time to discuss the subject.

Never mind his looming decision, 15th-ranked Wisconsin (7-3, 5-2 Big Ten) "is handful enough for me to think about," he says of Nebraska's opponent for a 2:30 p.m. game Saturday in Madison, Wisconsin.

Martinez's detractors face an ongoing dilemma, or so one would think. If Nebraska (3-7, 1-6) pulls off an upset, it almost certainly will be because Martinez gets serious work done as both a runner and passer. His effectiveness in the running game — he's averaging 50.2 yards per game this season — could be particularly important because it might help slow, if only a smidgen, the Badgers' vicious pass rush.

He leads the nation in 70-yard runs (two) and ranks second in 60-yard runs (two). Granted, he hasn't peeled off a run longer than 45 yards since Nebraska's overtime loss Sept. 25 at Michigan State, but that's mostly because he's often played with a gimpy ankle, not to mention a fractured jaw suffered against the Spartans.

With the Huskers coming off a bye week, perhaps the time off his feet will reignite his explosiveness.

Wisconsin will be very mindful of his explosiveness. Go back to something Illinois coach Bret Bielema said Aug. 28.

"The only guy that really could beat us, we thought, was (number) 2,” the first-year Illini coach said of Martinez.

The only guy? Think about that for a second.

No question, though, Martinez repeatedly has failed in the clutch this season. What's more, his four-interception blowup essentially cost Nebraska a win against Purdue. He's thrown 13 touchdown passes this season, but also eight interceptions. He's often put his team in position for mammoth wins, only to play a lead role in it coming up short.

His record as Nebraska's starter is 14-23. There was a time in my career when I often would point to a quarterback's record as the stat that told you the most about him. I'm almost embarrassed to admit that now.

When I asked Mario Verduzco about my line of thinking a few years ago, he just smiled and looked toward the floor.

“I’ll just say what I’ve always said, and that’s we’re just one cog in the wheel of success or failure,” the quarterbacks coach said then. “So much of what we do is dependent upon everybody else. If you lose 56-52, you still lose. If we score six touchdowns and they score six touchdowns and we miss all of our PATs, and they make all of theirs, we still lose. But I don’t know how that has anything to do with the quarterback.”

Verduzco, one of four offensive assistants with whom Nebraska last week parted ways, is all class. Same goes for his star pupil. Yes, Martinez is a star pupil. And you know what's beautiful? He made it to the late stages of this dreadful season with his confidence intact.

In discussing Nebraska's matchup against Wisconsin, a reporter remarked to Martinez that the Badgers haven't seen a quarterback this season with his high level of speed and athleticism.

"I believe we have some pieces that they haven't seen, like you said — a mobile quarterback of my ability," he said. "I feel good about being able to threaten them, and then some of the other things that make our offense dynamic, we'll have to hit on those elements."

Yeah, go ahead and disrespect Martinez.

But keep in mind the enormity of his task.

Nebraska quarterback Adrian Martinez walks off the field after the Huskers' 26-17 loss to Ohio State Nov. 6 at Memorial Stadium.

Nebraska quarterback Adrian Martinez runs off the field after Purdue defeated the Huskers 28-23 on Oct. 30 at Memorial Stadium.