Subscribe
Share This
Steven M. Sipple: No easy solutions to NU’s close-game woes except: You make your luck
0 Comments
Share this
GET EXCLUSIVE TEXTS!
Sign up for breaking news and analysis from our Huskers experts
1 of 3 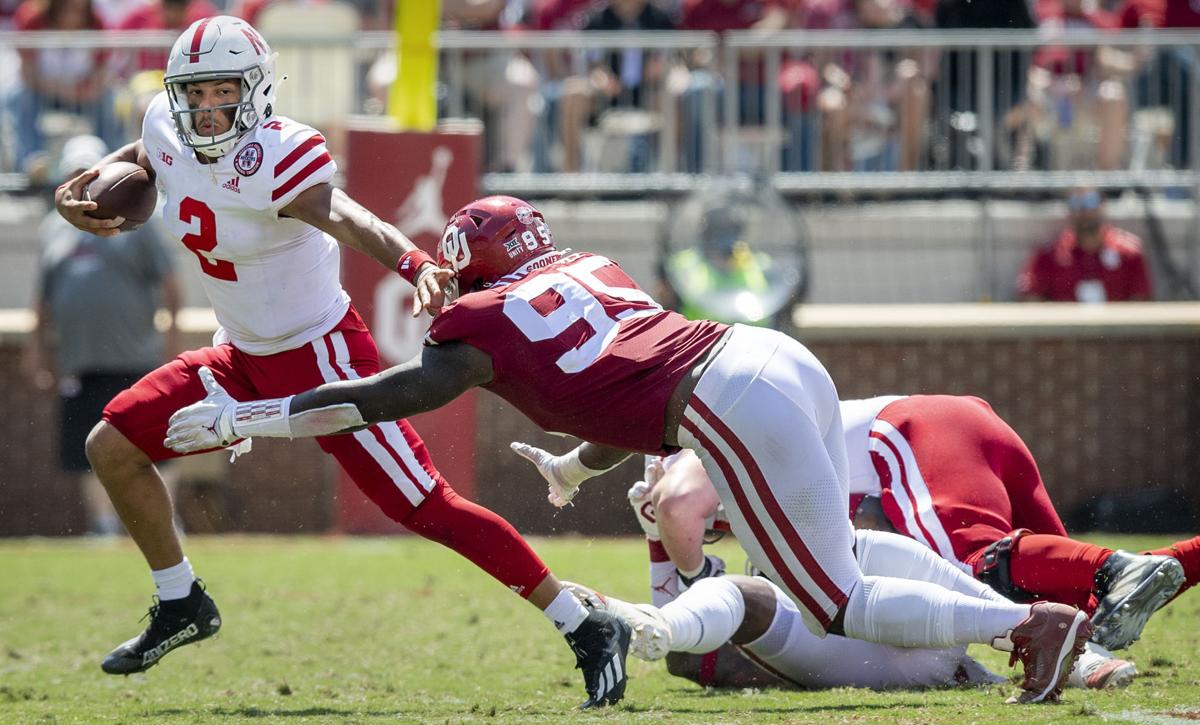 Nebraska quarterback Adrian Martinez (2) scrambles to avoid the tackle of Oklahoma's Isaiah Thomas in the second half last week in Norman, Oklahoma. 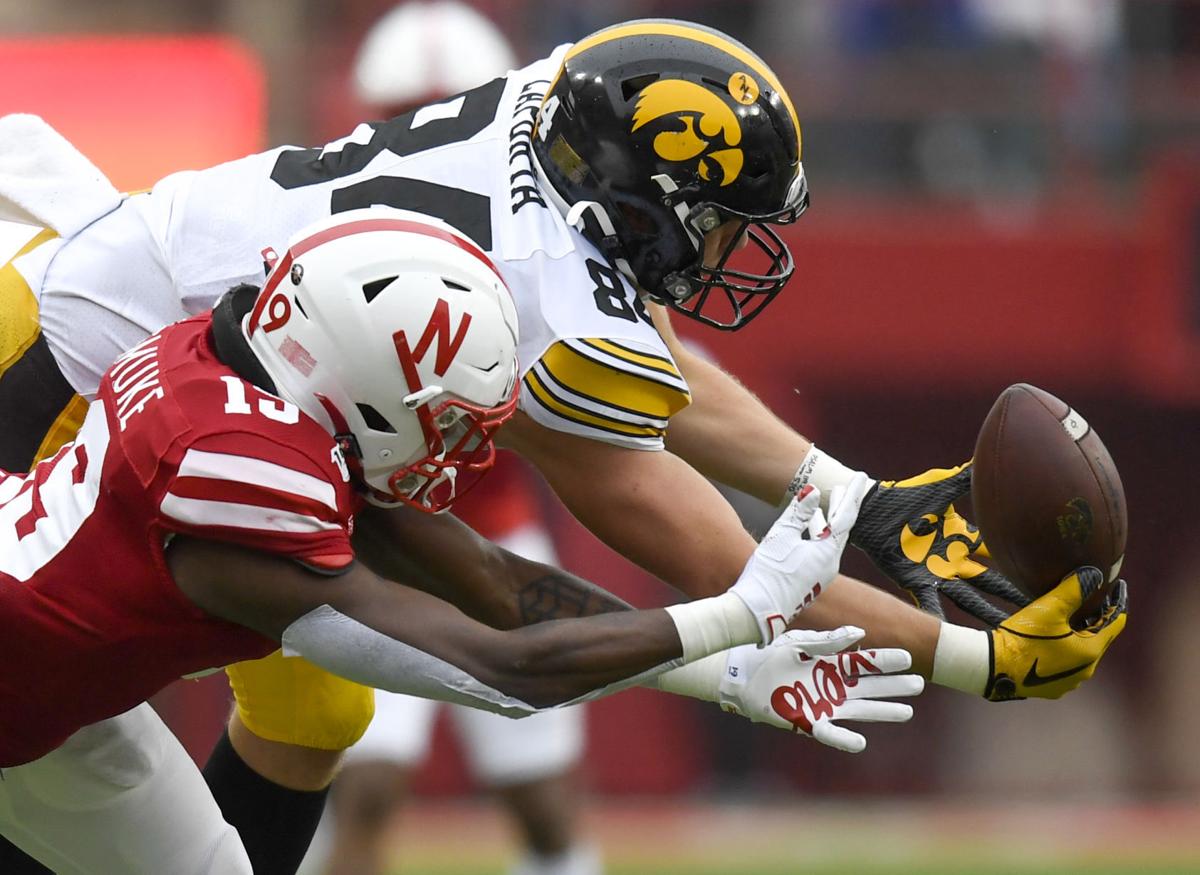 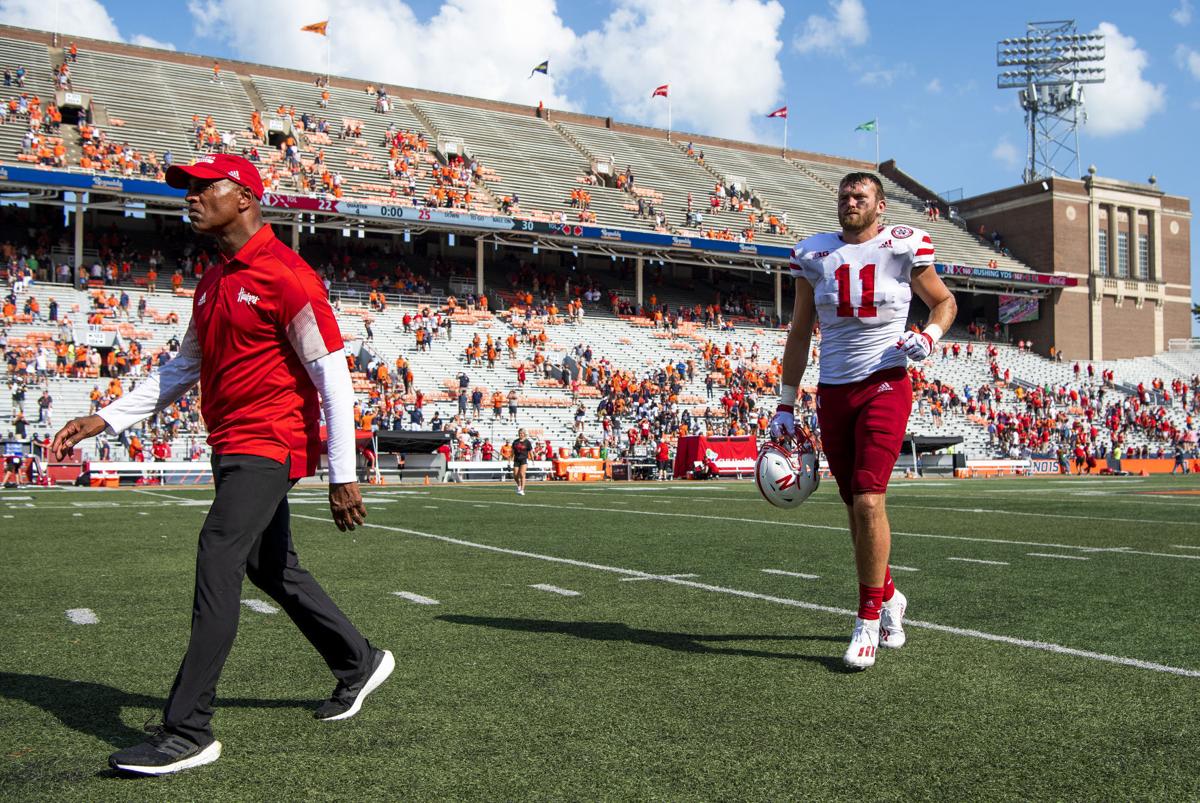 Nebraska senior offensive analyst Ron Brown (left) and tight end Austin Allen (11) head off the field at the end of the team's 30-22 loss to Illinois on Aug. 28 at Memorial Stadium in Champaign, Ill.

If you’re a Nebraska football fan, you might be tired of the “close game” discussion.

Hard to blame you.

Nebraska fans watch in agony as the Huskers come up short time and again, whether it’s repeatedly against border-rival Iowa or twice against former Big 12/Big Eight rival Colorado or even against third-ranked Oklahoma last week.

The Hawkeyes have beaten the Huskers by a total of 12 points in their last three meetings.

You have to figure Nebraska this week once again will be in a tight contest. Put it this way: If NU topples 20th-ranked Michigan State on Saturday night in East Lansing, Michigan, it probably won’t be a blowout win.

Have fun with the close shaves. You can do that, right?

It’s a tricky question, especially when you throw in the part about Nebraska once again lacking first-round NFL talent.

“I don’t know the answer,” says Nebraska junior tight end Austin Allen, one of the team’s top playmakers. “I feel like all the dominoes have been falling the wrong way for Nebraska football.

“I don’t know if that has anything to do with it,” Allen says with a smile. “I just know we’re playing hard until the last minute. There are penalties and stuff. You wish things would go our way a time or two. It just seems like they haven’t gone our way.”

Let’s be clear: You make your luck in this world. In that regard, having all 11 players on the field executing their assignments is one way to make your luck, Allen says.

“Not just nine guys or 10 guys,” he says. “If you have one guy who squeaks through a gap and blows up a play when the hole’s wide open right behind him, that kind of screws things up for you a little bit. But that might be our biggest flaw right now, is not being able to get all 11 guys detailed and perfect in running the same thing.”

What sort of qualities put various sports teams over the top in close games? What do coaches say about it?

“I really think in close games with two evenly matched teams, it’s the details that matter most,” says Nebraska offensive coordinator Matt Lubick, echoing Allen’s sentiment. “There are big-picture details like turnovers and penalties. And with a lot of that stuff, you control your own details. To me, that’s the biggest thing.

“In our league,” Lubick adds, “it’s so true that more games are lost than won. A lot of the games are so close.”

He says Nebraska defeated Penn State 30-23 last season largely because the Nittany Lions made more mistakes than the Huskers did.

“You can’t say we were more talented than they were,” Lubick says.

Oklahoma prevailed 23-16 last weekend in part because the Sooners were a bit cleaner in penalties (one fewer) and turnovers (one fewer).

That said, mistakes aren’t always easily recognized by the layman. It sometimes comes down to a missed assignment that goes largely unnoticed.

“I really think it’s controlling what you can control,” Lubick says. “At the end of the day, the team that makes the least amount of mistakes usually wins the game.”

Elite talent also tends to be a consistently major factor in the close-game discussion, in any sport.

“In volleyball, it’s basically going to come down to the outside hitter making the big kill, or somebody making a great serve,” says Nebraska coach John Cook, who’s guided four national championship teams.

“Somebody’s got to make plays.”

Iowa managed to edge Nebraska 31-28 in 2018 thanks to a 10-yard completion to talented tight end T.J. Hockenson on a fourth-and-8 to set up a game-winning field goal. Hockenson was the eighth overall pick in the 2019 NFL Draft.

Nebraska wouldn’t have won the “Hail Mary” game against Northwestern in 2013 if running back Ameer Abdullah, an eventual second-round pick, wouldn’t have somehow stretched for a first down on fourth-and-15 to keep the winning drive alive.

Yes, you make your own luck.

“I’ll say this,” Nebraska quarterback Adrian Martinez says. “The best teams find ways to win, and we’re going to need to do that down the stretch. We obviously have a real tough Big Ten schedule, and we’re excited for it. It just comes down to execution.”

Nebraska (finally) has put some impressive weapons around Martinez, especially at the receiver and tight end positions. That should help matters.

Same goes for a Husker defense that is playing well together and rallying hard to the ball, although more explosive plays are needed. The Blackshirts have only four sacks and have forced just one fumble in four games.

“We’re finally getting people healthy,” he says of the offense. “I think we can make a good run at it in the rest of our games. I believe we can beat anyone on our schedule. If we’re putting everything together and everyone’s working toward the same goal, I mean, we can be a dangerous team."

One that perhaps can close out a win against a ranked team on the road.

Even football gods probably appreciate those who help themselves.

Photos and videos: Oklahoma holds off Nebraska 50 years after the Game of the Century

Steven M. Sipple: Out of respect for Fred, it's time to attach real expectations to Husker hoops

Fred Hoiberg is a bit of a magician in the sense that he's 5-34 in the Big Ten at Nebraska, and hardly anyone complains. The pass he gets is sort of bizarre.

Nebraska quarterback Adrian Martinez (2) scrambles to avoid the tackle of Oklahoma's Isaiah Thomas in the second half last week in Norman, Oklahoma.

Nebraska senior offensive analyst Ron Brown (left) and tight end Austin Allen (11) head off the field at the end of the team's 30-22 loss to Illinois on Aug. 28 at Memorial Stadium in Champaign, Ill.