Subscribe
Share This
'I don't think it will ever be the same': Running a college hoops program has changed forever, says Fred Hoiberg
0 Comments
Share this
GET EXCLUSIVE TEXTS!
Sign up for breaking news and analysis from our Huskers experts
1 of 3 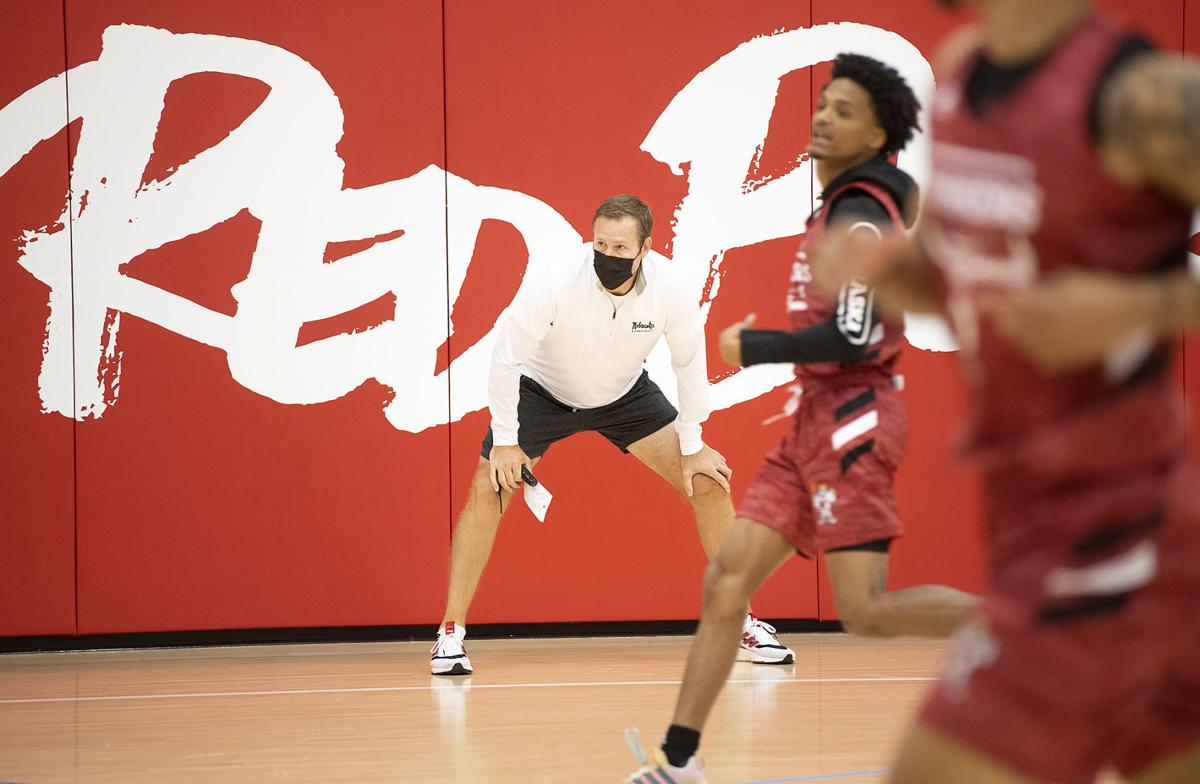 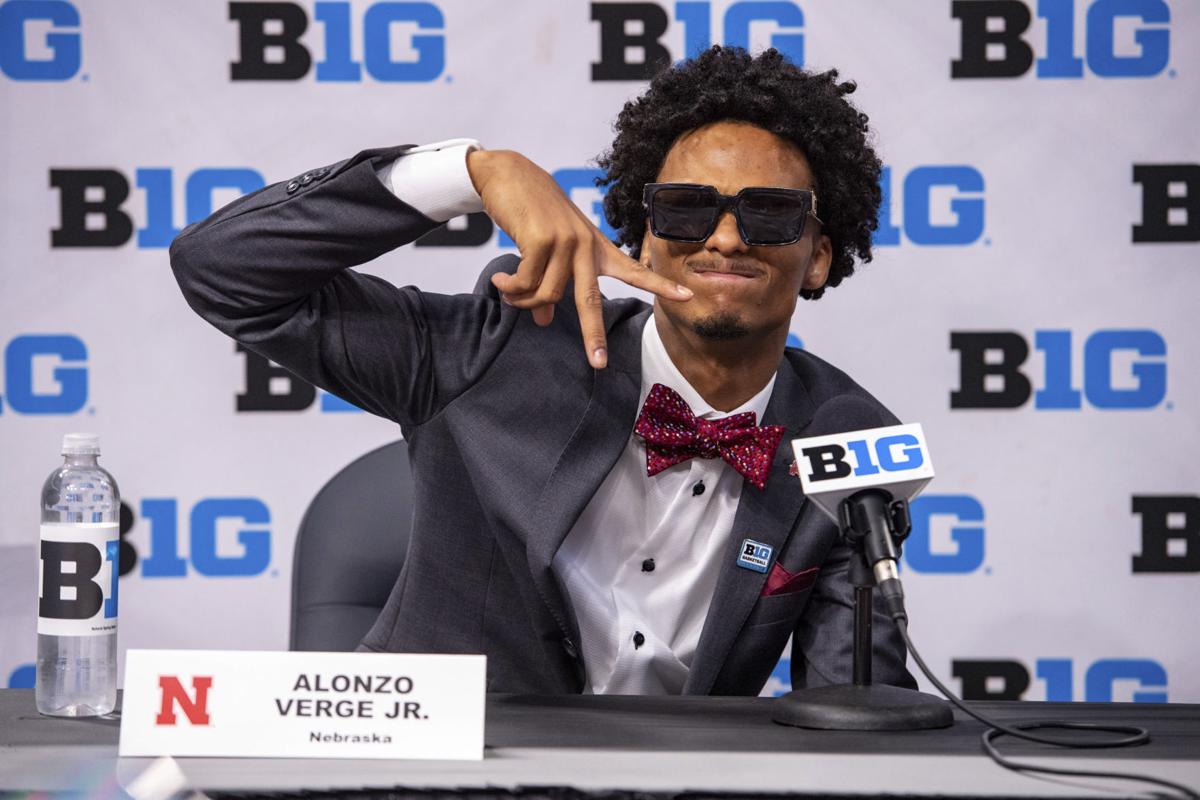 Nebraska's Alonzo Verge strikes a pose for a photo during the first day of Big Ten Media Days on Thursday in Indianapolis. 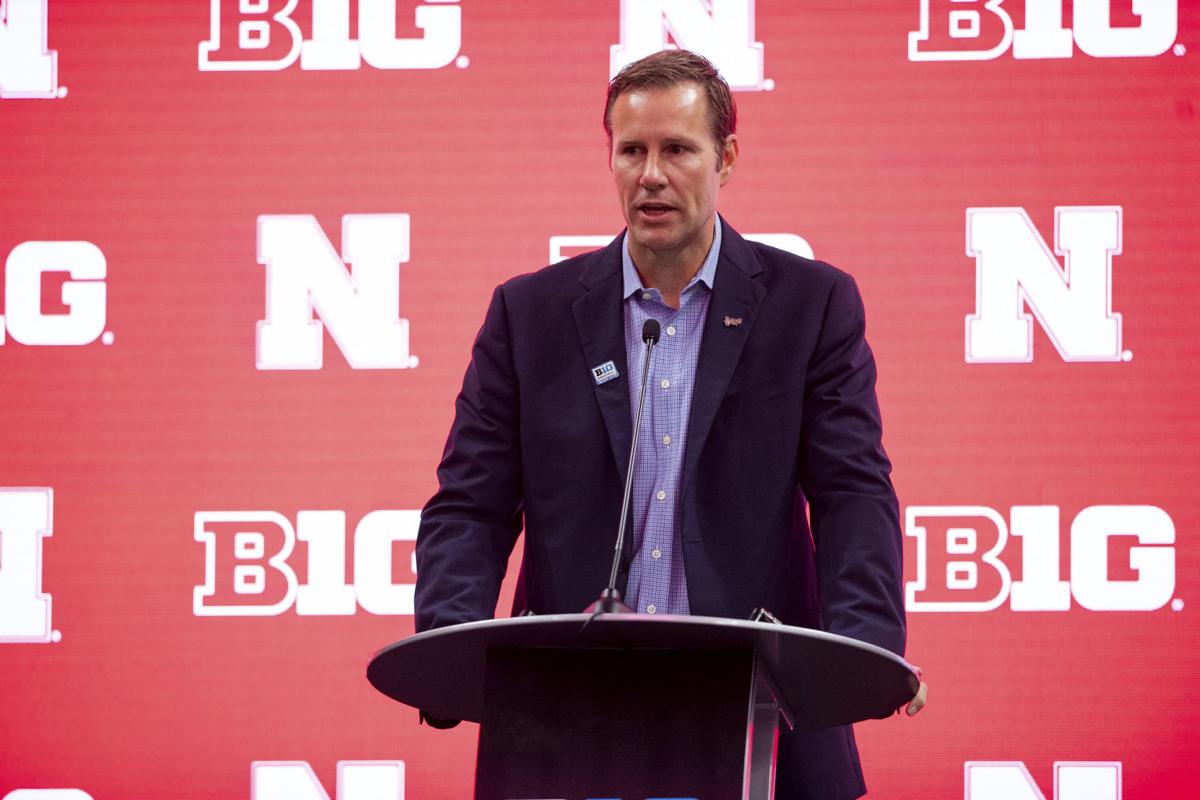 INDIANAPOLIS — Intentional or not, it was certainly worth a chuckle. Or maybe in Fred Hoiberg's case, it wasn't.

More than two years ago, Hoiberg was at the center of the COVID-19 pandemic taking over the sports world when, during Nebraska's March 12, 2020, Big Ten Tournament game against Indiana at Gainbridge Fieldhouse, he was asked to leave the floor with a few minutes remaining in the game after looking ill on the bench.

That was the beginning of perhaps the most bizarre night in Nebraska basketball history. Hoiberg, who had tested positive for the flu before the game, was taken off in a wheelchair to a local hospital. Nebraska's team was quarantined in its locker room for a couple of hours before being allowed to leave.

On Thursday, the Big Ten had Hoiberg sitting not 20 feet from the exact spot he was in on that March night, answering questions from the league's media as Big Ten Media Days got underway.

While nothing may approach the weirdness of that March night, the way a coach runs his basketball program will never be the same, Hoiberg said.

"I don't think it will ever be the same. I really don't," Hoiberg said. "We even have guys, if they don't wake up feeling well, we keep them away, and we make sure they go get a test right away."

Nebraska has held players out of preseason practice three or four times, Hoiberg said, making sure they got a negative COVID test result before they could return to the Hendricks Training Complex.

So far, all those tests have been negative. But it's also meant a few practices missed as Hoiberg and his coaching staff try to mold their team together. While the negative tests are a good sign, players now are being held out of workouts for things that never would have come to mind before 2019.

That "experience" was Nebraska's program getting shut down for a month as COVID-19 ripped through the team, infecting 10 players and four staffers, including Hoiberg. When the Huskers returned, they essentially played 15 games in a month's time with no time to get in shape — an unusually brutal schedule by any stretch.

Nebraska's entire team is now vaccinated, Hoiberg said, noting it wasn't difficult to get his players to buy into getting their shots. Rapid tests should help ensure a player doesn't miss a game because he's waiting on a COVID test result.

"But you see even with the vaccine, you're still susceptible to getting COVID. So yeah, it's a unique time," Hoiberg said.

Nebraska will have plenty to navigate in Year 3 of the Hoiberg era, with a 20-game Big Ten schedule and an opportunity to move up in the league.

But like with every other program, there's now another cloud hovering overhead.

"It's one of those things that you never had to worry about as a coach," Hoiberg said. "But you just try to make sure your players go out and make smart decisions, and don't put themselves in vulnerable spots where it could cost us down the road if they come down with it."

Photos: The view from Indianapolis, where the Huskers took the podium at Big Ten Media Days

Nebraska's Alonzo Verge strikes a pose for a photo during the first day of Big Ten Media Days on Thursday in Indianapolis.