Subscribe
Share This
Shatel: Should Nebraska have a permanent tribute to former Husker Jordan Larson?
0 Comments
Share this
GET EXCLUSIVE TEXTS!
Sign up for breaking news and analysis from our Huskers experts
Tom Shatel

Nebraska volleyball coach John Cook says there are plans to honor Jordan Larson at a Husker match the weekend of Oct. 1, when Larson is back to be inducted into the Nebraska Athletics Hall of Fame.

You know me, Mr. Busy Body. I asked Cook what he thought about creating a permanent honor or tribute in the Devaney Center for Larson.

“That’s a great question,” Cook said. “I hadn’t thought about that, but you just planted a great seed.”

As Cook said, Larson’s retired jersey is on a wall in the arena. But wouldn’t something bigger be appropriate for someone called the greatest player in the history of USA Volleyball?

“Karch Kiraly (USA coach) has been with USA Volleyball since the ’80s, won four gold medals, one as a coach,” Cook said. “He says she’s the greatest ever in the history of USA Volleyball. And I would agree with that.”

Seems like a good time to do something big for Larson. I could see the wheels spinning inside Cook’s head. I’m here to help.

Lauren Stivrins’ grandma was a season ticket holder. Then her granddaughter became one of the stars of the Nebraska volleyball team

"Before Lauren came here I was known as Opal Stivrins, and now I am Lauren’s grandma," says the 82-year-old, who rarely missed a match during Lauren's first three seasons.

No. 10 Nebraska will play Illinois in a Sweet 16 matchup at 8:30 p.m. Thursday. If the Huskers win, they'll play the winner of Texas-Washington at 9 p.m. Saturday.

Camels coach Greg Goral knew the Huskers would present a big challenge, but he was pleased to play somewhere "where they truly appreciate volleyball.”

Boosted by their middles, Huskers take simple approach to put away Campbell in opening round

The Huskers held Campbell to a negative .022 hitting percentage, the lowest for a Nebraska opponent this season.

From a historic award to NIL deals, it's been a memorable freshman season for Lexi Rodriguez

She’s the sixth Husker ever to be named a conference defensive player of the year on a list that includes Olympians Justine Wong-Orantes and Jordan Larson.

The Camels are in town for their first-ever NCAA Tournament, and they're bracing for crowd noise, but "I don’t know if there is anything like it."

The postgame interaction with fans is a tradition for the NU volleyball program that went by the wayside this season in light of COVID-19.

Four former assistants of John Cook led teams to the NCAA volleyball tournament, and Nebraska's next foe has one of them in Chris Tamas.

No. 10 Nebraska is ready to open NCAA tournament against Campbell and its unique offense

While Nebraska volleyball spend Thursday preparing for Campbell, the Huskers spend most of their week focusing on cutting down mistakes and improving play on their side of the net.

Nebraska will square off against Illinois at 8:30 p.m. Thursday in the Round of 16 of the NCAA volleyball tournament. 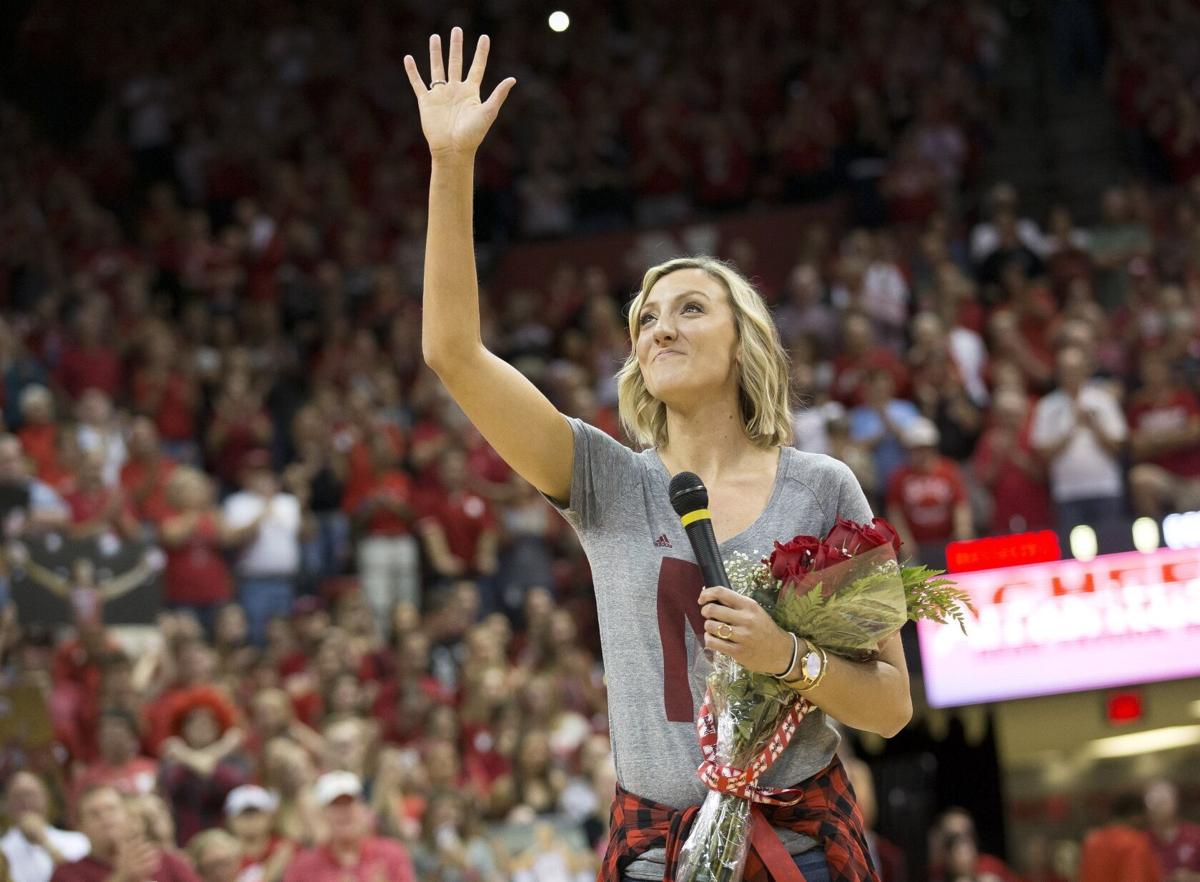 You know me, Mr. Busy Body, writes Tom Shatel. I asked coach John Cook what he thought about creating a permanent honor or tribute in the Devaney Center for Larson. “That’s a great question,” Cook said. “I hadn’t thought about that but you just planted a great seed.” 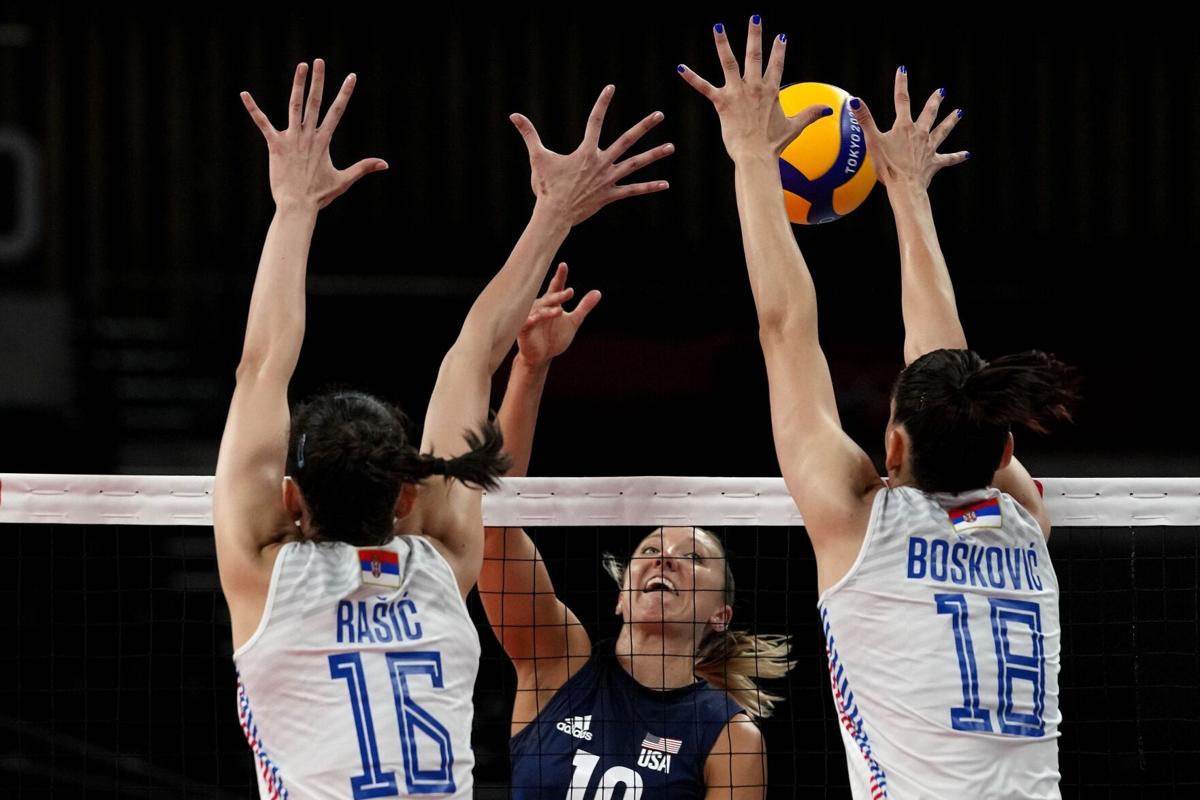 Jordan Larson hits the ball during the women's volleyball semifinal match between Serbia and the United States at the 2021 Summer Olympics.