Subscribe
Share This
Thanks, NIL: $35 bought a birthday shoutout from Husker Nicklin Hames
0 Comments
Share this
GET EXCLUSIVE TEXTS!
Sign up for breaking news and analysis from our Huskers experts
Alia Conley World-Herald Staff Writer

What is the cost of a 21-second birthday shoutout from a top player at one of the best volleyball schools in the nation?

For me, $35. And the payoff was the happiness it brought my friend — and watching the moment when Nebraska setter Nicklin Hames said, “Hi, Reece” turned his face a deep Husker red.

Pulling off this surprise took a plan, a persuasive paragraph and weeks of patience.

Some backstory: I’m a huge Nebraska volleyball fan, like thousands of others in the state. One of those others is my friend Reece.

In the past couple of years, we’ve texted each other while watching the games, cheering on big blocks and amazing saves. We were thrilled when a rescheduled volleyball season returned in early 2021, and together attended the Nebraska-Texas regional final in Omaha in April (which, unfortunately, ended in a Husker loss).

But as a casual sports fan, I forgot that NIL was on the horizon.

In reading coverage in The World-Herald, I learned about the implications of allowing collegiate players to profit off of their name, image and likeness.

When the internet was abuzz July 1, the first day the change went into effect, I was curious. I perused what athletes were charging on Opendorse, a marketing platform started by two former Huskers that partners with NU.

I had to try it out. And I had a perfect, and relatively timely, reason — Reece’s 29th birthday in August.

I bungled my way into successfully creating an account on Opendorse ... somehow my name is “Fan” on the site.

First, I looked up All-America outside hitter Lexi Sun, who was diving head first into NIL — she launched a clothing line on the first day and recently announced a curated selection of pieces with jeweler Borsheims.

Her starting price? Five-hundred dollars per shoutout. Add the Opendorse transaction and convenience fees, and the total topped $650.

Absolute respect to her for charging market-rate prices, but that wasn’t in my budget. (Sorry, Reece.)

Then I found Hames, the superstar setter since her freshman year. Her asking price was a more reasonable $25. With fees, that amounted to $35.84. Sold.

A co-worker chipped in, too. (Hames has since increased her starting price to $50.)

I chose the “other” option and started typing, explaining that I’d love a video shoutout for Reece’s 29th birthday, that we both are UNL grads and ultimate fans, that we can’t wait for the season to start and “he would be so surprised and love it!” (Note that I didn’t mention my affiliation — or his — with the newspaper.)

I tried to be gracious and ended with, “Thanks for considering!” Sure, I was offering her what she asked for, but that doesn’t mean she has time to record 500-plus birthday shoutouts, nor is she forced to accept the offer.

Since Reece’s birthday wasn’t until late August, that’s when I marked the video delivery date. At 11 a.m.

That day, I was brimming with excitement, as you usually are when you hold onto a surprise for weeks.

How was it going to work? I hadn’t been notified about the video by midmorning.

I figured Hames could cancel anytime since payment was only pending and my credit card wouldn’t be charged until the deal was complete.

As a very nice employee was looking into the details, I got another message. From Hames.

There it was, the 21-second video of Hames in a car, in Husker red, wishing Reece the best.

“Thank you so much for all your support, I hope you have the best birthday ever,” she said.

Shrieking, I pulled it up on my computer screen and called Reece over to watch it. He was very surprised and shared it with his friends and family, who loved it. I showed it to other co-workers, who were delighted.

That was the goal.

All of us, to varying degrees, are some level of burned out, weary, apathetic, grief-stricken or frustrated about what we’ve collectively lived through in the past 18 months — mentally, physically and emotionally. We need little bright spots, any chance we can get them.

And for $35, though it was only 21 seconds, that little piece of virtual human connection fueled an entire day with joy.

Thanks, NIL. Thanks, Opendorse. And thank you, Nicklin.

Callie Schwarzenbach will likely be on the bench when Nebraska volleyball takes on Iowa Wednesday, but she is preparing so she can contribute no matter the situation or timing.

No. 9 Nebraska volleyball won in straight sets for the 31st time in the 35-match series history, but Iowa pushed the Huskers in each set Wednesday night.

NU coach John Cook says winning the Big Ten is harder than winning the NCAA Tournament, and the Huskers are about to put that to the test in a tough stretch of foes.

As a defensive specialist this season, Knuckles is giving the team a lift in bursts, whether it's with a back-row kill or thumping a serve.

Nebraska held its position in the top 10, but Creighton dropped five spots in the latest college volleyball rankings. UNO, meanwhile, is in a tie for first place in the Summit League.

NU volleyball notes: The Huskers are leading the way in Big Ten play at 8-0, but they know what's ahead

Nebraska has a lead in the Big Ten volleyball standings, but there's still a long way to go — “It’s one match at a time, it’s the Big Ten grind.”

Nebraska volleyball's schedule is about to get much tougher

Nebraska volleyball sits in first place in the Big Ten, but the schedule gets much tougher with seven of their final 11 matches against ranked teams, starting Saturday night with No. 7 Purdue.

For the second week in a row Nebraska’s Madi Kubik was named the Big Ten Conference volleyball player of the week. 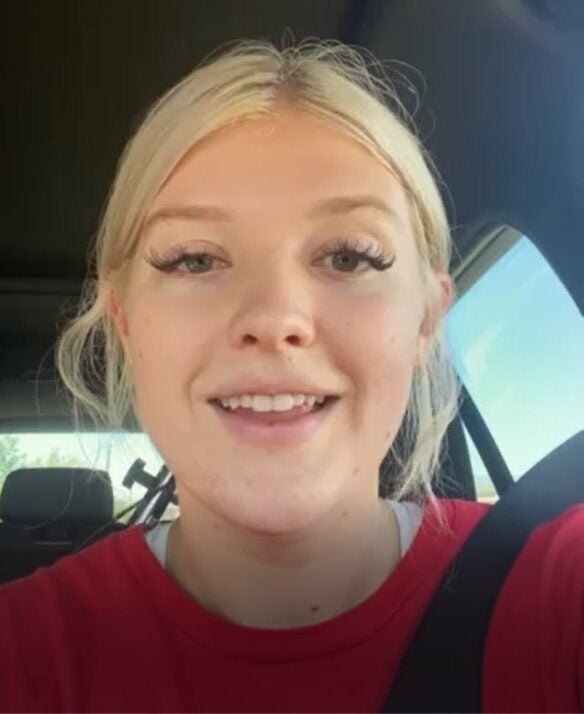 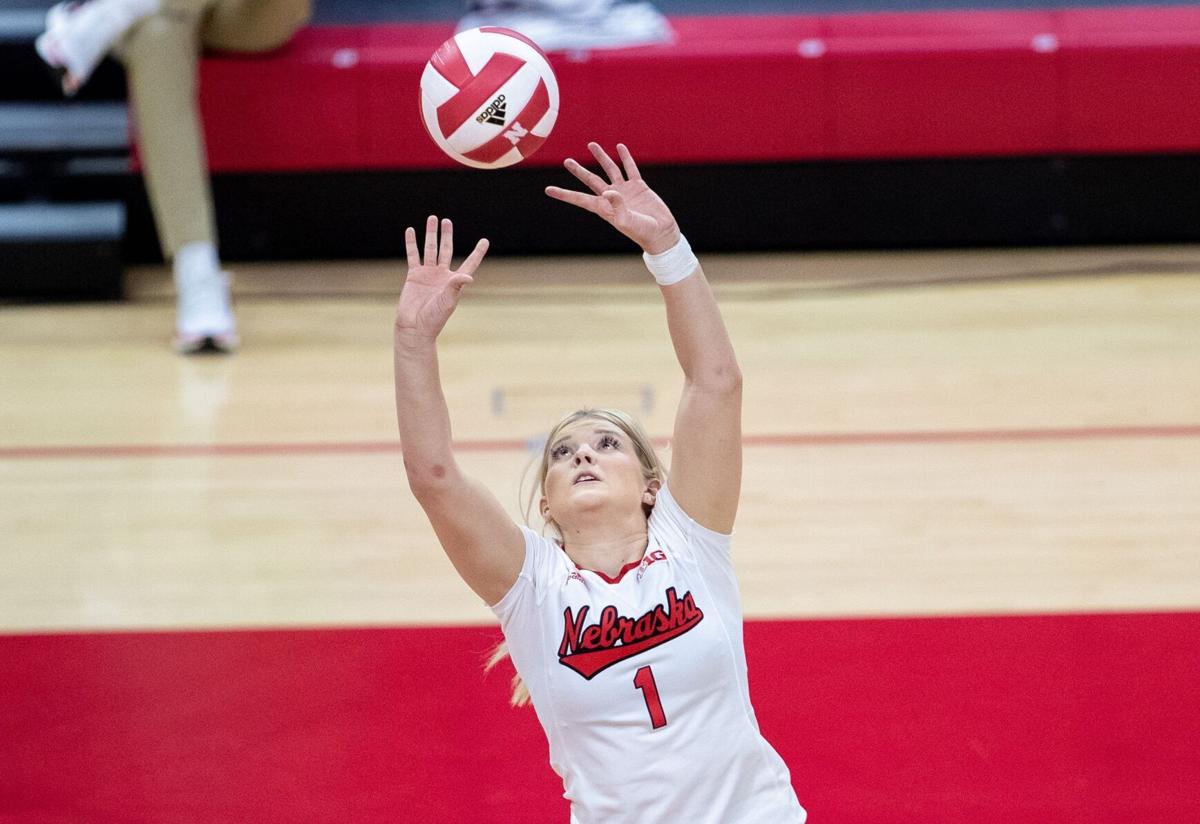 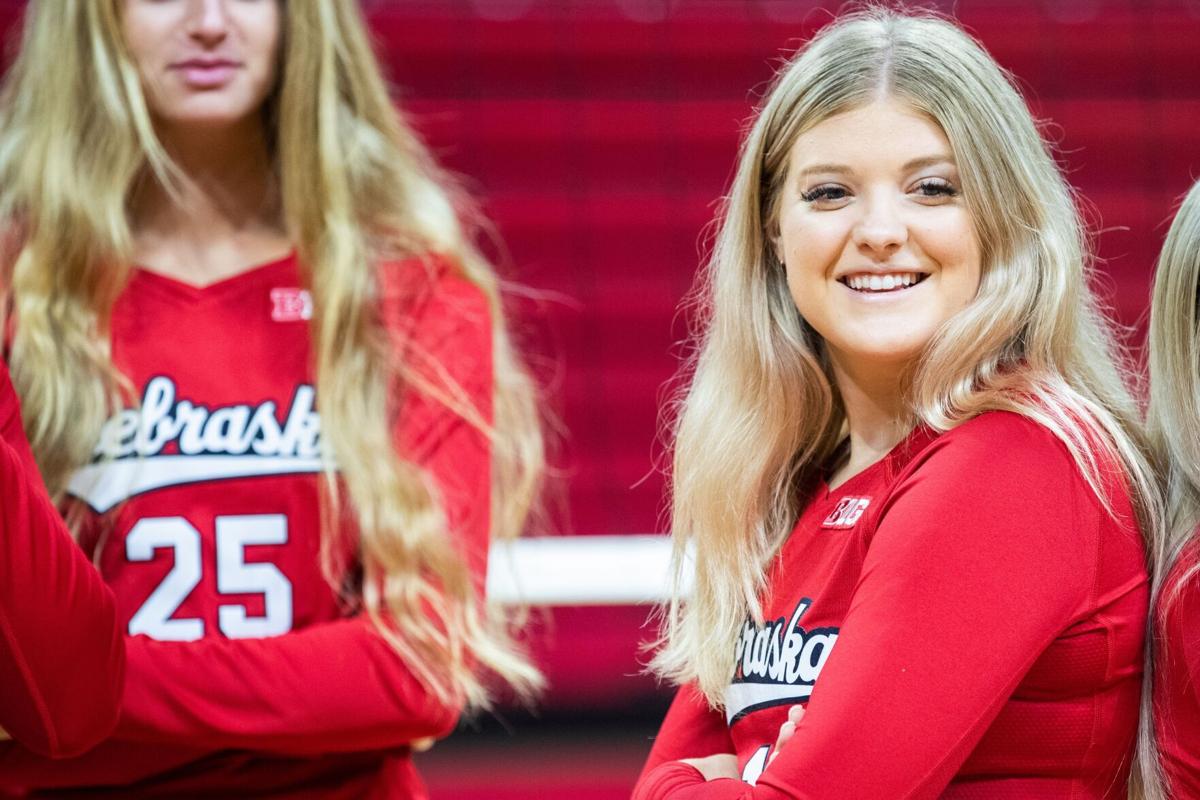 Getting in early on the Name, Image, Likeness action allowed a Husker fan to snag a birthday shout-out for her friend from Nebraska volleyball setter Nicklin Hames.